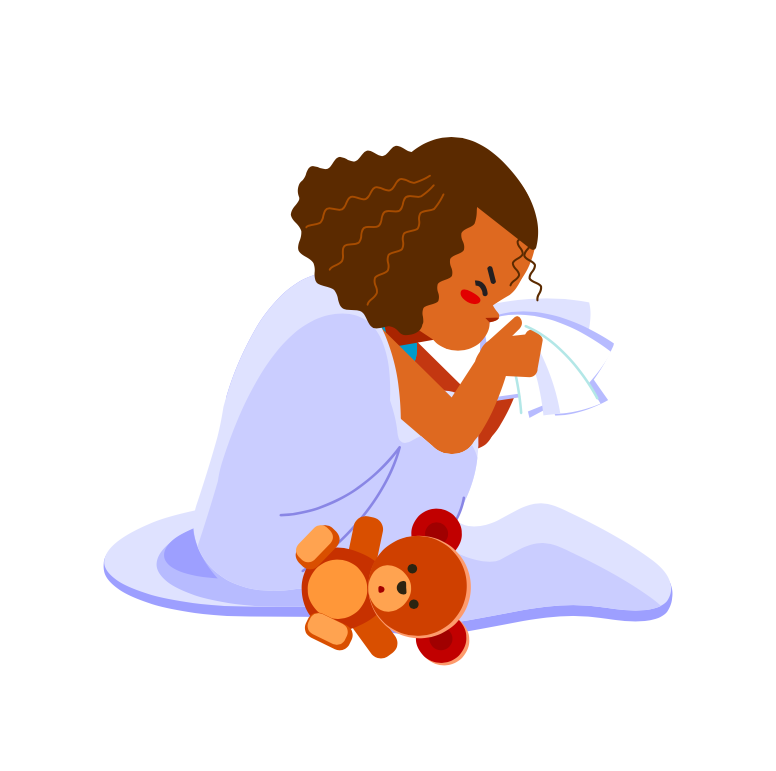 Probably many of us already know, allergies are one the most common chronic health conditions, which usually occurs when our body recognizes a harmless substance as a threat. Allergies are common in both adults and children.

Hay fever or allergic rhinitis is an allergic reaction caused by a number of allergens (pollen from trees, weeds, and grass; dust mites; dead parts of the skin; and pet hair). It’s very common—in fact, around 10–30% of the adults and up to 40% of the children all around the world are affected by it.

Some of the most common symptoms are:

Ignoring the symptoms of hay fever can result in the condition aggravating over time, often leading to persistent tiredness, which can eventually impact their day to day activities. Sometimes hay fever can even lead to:

There are two types of hay fever:

Seasonal hay fever generally occurs in spring, summer, and early fall when there's a lot of pollen from grass, weeds, and trees in the air.

Symptoms occur throughout the whole year and are generally caused by dust mites, pet hair, cockroaches, or mould.

How to Treat Hay Fever?

Treating hay fever is extremely important. Ignoring the symptoms for two or even three years can lead to a child having asthma or problems breathing. Apart from that, a child who has hay fever is usually less capable of staying awake and can’t concentrate on everyday activities because of tiredness.

There are a couple of things you could do to help treat hay fever. It would be best to consult a doctor, but there are also many over-the-counter medications available. Some of them are:

Is There a Way to Prevent Hay Fever?

Limiting exposure to pollen other allergens is one of the most important steps in preventing hay fever. However, with the lockdown already restricting the children’s outdoor activities, it could be more difficult than ever to deprive them of their occasional outdoor trips or little adventures in the garden. But it would be best to limit their time spent outside in spring and summer due to pollen from the grass and trees. The symptoms can worsen on hot and windy days.

What other things you should do:

Hayfever is most prevalent from March to September when the pollen count is at its highest. Although there is no specific treatment for the condition, the symptoms can be eased with many over-the-counter medications and by limiting the children's exposure to pollen and other allergens. However, make sure you seek medical attention if symptoms persist.

Offering childcare to keyworkers: What can Cheqdin do to help?  >View Article