A Peep Into the Evolution of Early Childhood Education | ECE

A Peep into the Evolution of Early Childhood Education 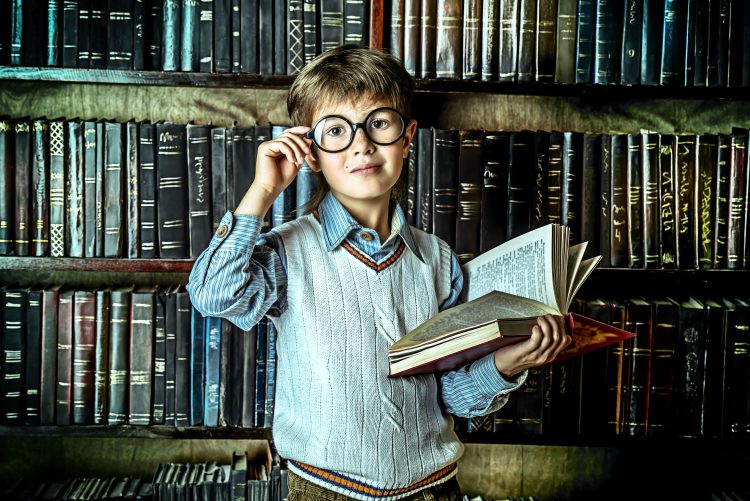 Posted by Cheqdin Childcare Software on March 11, 2019 | Featured | No Comments

Early childhood education (ECE) is the education of children from birth until the age of eight. As these formative years mark the most rapid phase of brain development in a child’s lifetime, the foundation laid during this period has a critical bearing on their future learning.

Early childhood education centres provide a nurturing, practical setting away from home to help children build on the basic cognitive, physical and emotional skills they learn at home. Though early childhood education is not mandatory in many countries (unlike primary and secondary education), it is now widely recognised as a crucial step for setting the stage for a lifetime of learning.

Let’s take a peek at the evolution of Early Childhood Education over the years.

We would have to go as far as the Enlightenment era in Europe to trace the roots of early childhood education. In the 1500s – a period where education was a privilege reserved for the elite, it was the German reformer, Martin Luther, who sought to bring about a revolution in early education by canvassing for compulsory education for all.

He advocated parents and the state to teach children how to read from an early age, as it could enable them to conveniently read the Bible which could, in turn, pave the way for strengthening familial as well as societal ties.

Following in Luther’s footsteps, John Amos Comenius (1592 – 1670) entered the early education scene and put forward the theory that children readily learn by sensory exploration. He authored the first ever picture book made exclusively for children.

John Locke (1632 – 1704), the originator of the term tabula rasa, was the next to add his voice to the growing list of early childhood education advocates. According to his theory of ‘tabula rasa’, every child is born with their minds as a blank slate. Any information a child acquires in its life is a result of his experiences and sensory perception of the world around him.

A Formal Turn in the Early Years System

Early education took on a more formal tone when Friedrich Froebel (1782 – 1852) arrived on the scene. Froebel founded the first kindergarten and upgraded early childhood community from an all-comers affair to a formal institution. He was the first to come up with a teacher training curriculum that laid emphasis on observing and developing activities based on the readiness and skill level of a child.

Froebel’s curriculum introduced the concept of learning through play –  a concept that was readily backed by Jean Piaget (1896 – 1980) who postulated that when children play, their “physical, intellectual, language, emotional, and social needs (PILES)” are met.

Another proponent of Froebel’s theory was Rudolf Steiner (1861 – 1931) who claimed that kids use playtime to interact socially, engage with one another, and use their imaginative skills. Steiner, who created the Waldorf childcare curriculum, was primarily interested in the development of morally upright individuals possessing high social skills.

Margaret McMillan (1860 – 1931) came up with another angle to Froebel’s theory by suggesting that kids can be kept emotionally and physically healthy when they are given lots of exercise in addition to free school meals.

Maria Montessori (1870 – 1952) also agreed with Froebel’s theory. Montessori posited that kids readily learn through their senses and movement. She affirmed this by stating that the learning environment should be treated with the same importance as the actual learning. Based on this, Montessori came up with her eponymous method which is still popular among early childhood advocates.

As expected, not many were taken with the idea of kids learning through play because they believed that children did not learn anything while playing.

Top on the list of opponents was Lev Vygotsky who proposed what he called a “socio-cultural learning theory” that emphasises on the impact of cultural and social environment on the development of children’s mental processes. According to Vygotsky, children learn best when they are assisted by an experienced member of society to complete tasks that are within or just above their capability.

Also noteworthy of mention is John Dewey (1859 – 1952) who believed that children develop their skills best in a “democratically run” classroom manned by an educator who promotes their interests for inquiry and discovery.

Loris Malguzzi, the originator of the Reggio Emilia methodology, also gave his support to Dewey’s approach. According to him, the interests and learning of kids should be documented by an educator in a structured learning environment. These notes would then help the educators to form a program that can further aid the development of the kids.

As mentioned earlier, this method was originated by Maria Montessori who believed that educating children’s senses should be more important than developing their intellect. The Montessori method structures the classroom around the children and their interests; in other words, it is mostly led by the child. Kids in a Montessori class have the freedom to interact with their environment without little or no interference from an educator.

The Reggio Emilia mode advocates that the learning process of the children be documented by either an educator or parents. Kids are introduced to open-ended projects that engage their questioning, research and experimentation skills. In addition, kids are encouraged to interact with their outdoor environment – a ploy to bring them in contact with nature. Arts is also used as a means of supporting children to use various mediums in expressing their emotions and thoughts.

This method is equivalent to an elementary or college class that has a syllabus. In other words, the teacher determines the content that the kids will learn for each particular day. Topics are garnered from sources such as current events, the weather, or anything that catches the fancy of the educator. The kids have no input in what they are to learn.

Founded by David Weikart (1931 – 2003), this approach focuses on the intellectual maturation of the children. The components of learning are divided into three major parts namely:

Do – This part comes after the plan has been made. The kids are then given permission to follow through on their plan and to ensure that it is successfully carried out.

Review – This is the stage where the kids share and review what they have done with their peers or educator. They are also expected to explain the method they chose and elaborate on the lessons they gathered from their actions.

This methodology enables kids to interact with their environment using compassionate, humane, and mature social skills. The lessons are a combination of academics and arts, with absolutely no technology allowed in the classroom.

While many early years educators choose a traditional approach and adhere to any one of the above methodologies in its pure form, it’s interesting to see the Early Years scene evolve as practitioners continue to break conventions, innovating, adapting and blending multiple methodologies to chisel out their own.

Checklist for Starting Your Own Childcare Business

Financial Support for Childminders: What are Your Options?